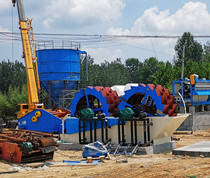 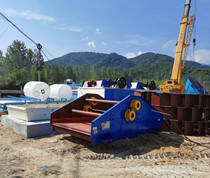 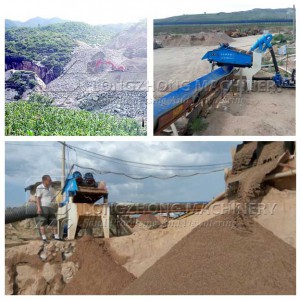 Heavy mineral sands are placer deposits formed most usually in beach environments by concentration due to the specific gravity of the mineral grains. It is equally likely that some concentrations of heavy minerals (aside from the usual gold placers) exist within streambeds, but most are of a low grade and are relatively small.

Of this total heavy mineral concentrate (THM), the components are typically

Being ancient stranded dune systems, the tonnage of most deposits is in excess of several tens of millions of tonnes to several hundred million tonnes. For example; the medium-sized Coburn mineral sands deposit, Western Australia, is 230 million tonnes at 1.1% heavy minerals, and is 13 km long.

The Tormin mine, on the Western Cape of South Africa’s coastline, provides an unique ocean beach feature, which exposes the resource to wave and tidal conditions that result in a natural jigging effect. Large proportions of the quartz and light heavies waste material are removed by the ocean tidal action,resulting in run of mine (ROM) grades as high as 86% heavy mineral concentrate (HMC).