Which sewage can be treated with a belt filter press

The moisture content of the remaining sludge discharged from… 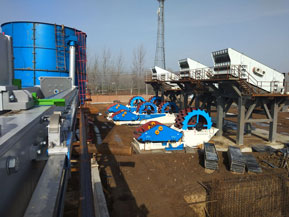 What kind of slurry pump does the chamber filter press use?

Quartz has high fire resistance. In the industry, quartz san…

At present, the high-efficiency thickener has become one of the most widely used dehydration equipment in China’s coal preparation plants and ore dressing plants. The GXN and XGN types are more commonly used in China.

The principle and structure of high-efficiency concentration mainly have the following characteristics.

The slime water is pre-degassed before entering the thickener. If the air content in the slime water is large, the air in the slurry will accumulate and be discharged after the material enters the thickener due to the interference of the fluid and the collision of the materials. During the discharge process, some bubbles will adhere to the small particles in the slurry, especially the surface of the hydrophobic ore particles, and carry the ore particles to float up. The floating bubbles have a certain disturbing effect on the formed concentrated layer, which is not conducive to the sedimentation of the ore particles. Pre-exhausting can greatly reduce the interference of air bubbles on the thickening and settling of slime water. 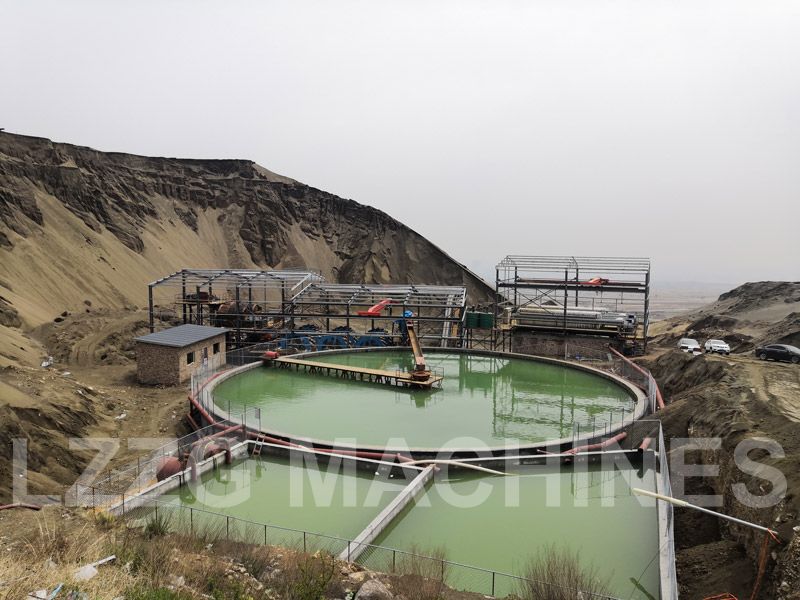 2. Deep deceleration feeding
After the slime water enters the feeding barrel, a baffle or other decelerating device is installed in the feeding barrel to reduce the flow rate of the slurry. At the same time, the feeding barrel extends downward and adopts deep feeding. The deep feeding can greatly shorten the settlement distance of the ore particles. The large and dense flocs that have formed can settle quickly and short distances and form a continuous and stable dense floc filter layer. The unflocculated particles will be blocked when they move with the rising water flow. Lag effect. Deep feeding is conducive to the settlement of ore particles and the clarification of overflow water.